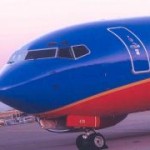 “St. Louis travelers will have the option to fly, rather than drive, to Panama City Beach this summer, which many of our visitors may take advantage of,” says Philip Colvin, Marketing Director at the Holiday Inn Resort. “We do have a great deal of guests that vacation at our resort from that area – many with small children – and with that longer drive time to the beach from St. Louis, a nonstop flight will probably be very appealing to those guests – and even more so with the lower cost carrier,” says Colvin.